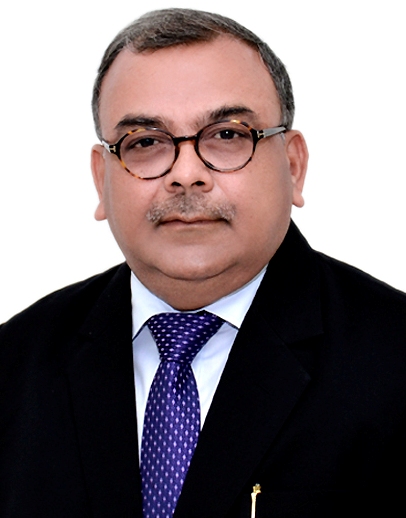 Dr. Singh has written 574 technical reports and 11 S&T reports funded by Ministry of Coal, Government of India. He has 221 research papers published in referred National and International Journals/Symposia to his credit.  He is also author of 10 books and 4 booklets.

He has authored a blast damage index for underground openings in close vicinity of open-cast blasting operations for Indian coal mines. He has also authored 4 more guidelines, which have been internationally accepted.

Dr. Singh is recipient of prestigious National Mineral Award 2007, Raman Research Fellowship 2005 and CSIR Technology Award for Business Development and Technology Marketing for the year 2017, 2018 and 2019. He is also the recipient of CSIR Technology Award 2019 for Physical Sciences including Engineering for “Controlled Blasting Techniques developed for Safe Extraction of Minerals from Mines and Construction of Various Civil Infrastructure Projects”. He is a Fellow of German Academy and an elected fellow of National Academy of Sciences, India (2018).

Presently, Dr Singh is National Coordinator of a Pan India project on quality coal for power generation.  Under his guidance an important project on conversion of coal to liquid fuel was completed. His concerted efforts have led to the development and distribution of Certified Reference Material (CRM) to industries and laboratories for quality assurance and calibration of chemical analyses of bituminous coal. He is guiding a team of scientists working on Oxy Fuel Combustion of Pulverized Coal, Co – Combustion of Coal and Biomass in FBC and Mercury emissions monitoring from point sources in coal fired plants.

He has also initiated research for development of indigenous technology for production of Methanol from coal and setup a Coal-to-Methanol pilot plant for the economic production of methanol. Under his leadership, technology on “Mine water reclamation for providing safe drinking water in mining areas” has been developed. Under the leadership of Dr Singh, land development work that comprises of flattening of Ulwe hill by drilling and blasting method; construction of roads in hilly terrain of Himalaya with Boarder Road Organisation, Construction of metro stations, rail tunnels and hydro-power projects, etc are being executed.

Dr. Singh is Chairman of BIS Committee on Solid Mineral Fuels Sectional Committee (PCDC-7), Co-Chairman of the Committee for Quality Coal for Power Generation, Member of SSRC, Ministry of Coal, Member of Governing body of NIRM; Member, Board of Governors, RGIPT; Member of Research Advisory Council, NTPC-NETRA, Noida, Member of Committee on Central Government Programming Board, GSI. He is also representing India in the International Committee on World Forum of University on Resources and Sustainability, Headquartered in Germany; Member, International Committee of Rock Fragmentation by Blasting (FRAGBLAST), Headquarters in Spain and Guest Professor at the Faculty of Geosciences, Geoengineering and Mining of Technical University, Bergakademie, Freiberg, Germany.